Calabasas is a fully incorporated city that is located along the southwestern edge of the San Fernando Valley and falls just into the side of the Santa Monica Mountains. It is next to Woodland Hills and Agoura Hills, and is fairly close to the beach community of Malibu, just separated by the mountain range. Calabasas is known as a fairly affluent community, with a number of mansions and gated homes. It is home to several celebrities including reality television stars, the Kardashians, and boasts some spectacular views from its hillside homes.

Calabasas is home to the Leonis Adobe which dates from 1844 and can be counted as one of the oldest structures in the entire Los Angeles area. The name Calabasas comes from the Spanish and means pumpkin or squash and the city celebrates its history with an annual Pumpkin Festival in the Fall. In addition to the Pumpkin Festival, the city sponsors many public events including an annual Fourth of July spectacular and a fine arts festival. The weather in Calabasas is similar to that of the rest of the Valley, but due to the bordering hills and canyons, Calabasas usually stays a bit cooler during hot weather than neighboring areas.

In additional to its famous residents and historical landmarks, Calabasas also has a Hindu Temple, a large Civic Center with a library, meeting rooms and an amphitheater. The Civic Center is also home to the city's very own television channel – CTV (The Calabasas Channel). Industry-wise, Calabasas has a lot of technology companies. While less than during the dot-com days, there are still enough to make a significant presence.

The preservation of the environment has always been an important issue to the residents of Calabasas. In 2006, a second smoke ordinance was issued, prohibiting smoking in all public places, including outdoor environments like parks. They also work hard to preserve many of the existing open areas of space, doing their best to prohibit overcrowding and overdevelopment, which can result in hazardous effects to the environment. 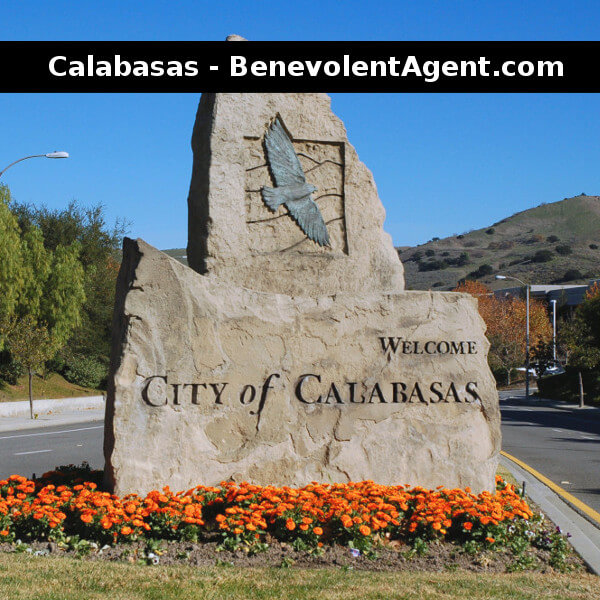