A San Fernando Valley district that falls under the umbrella of the City of Los Angeles, Chatsworth was another area that was once home to a number of Native American tribes, including the Chumash. There is even a local area, the Burro Flats Painted Cave that today remains a memorial of the Chumash culture, including it's rock art and spirituality. The first Europeans made their way to the area in the mid 1700's and it became part of the route the Spanish would travel between the missions. In 1821, the area became part of Mexico and then finally was absorbed into the U.S. in 1873 as part of the single largest land grant in California.

The present town, first called Chatworth Park, was developed in 1888. It is a predominantly Caucasian neighborhood with over 70% of the population classified as White. There is still a small Native American presence and 16% of the people living in Chatsworth are Hispanic. Chatsworth is made up of bedroom communities, large multi-family complexes, ranches, shopping centers and farms. It also has quite a bit of property that is still horse-zoned, allowing you to tie your horse to a hitching post outside the local restaurant, should you have one. 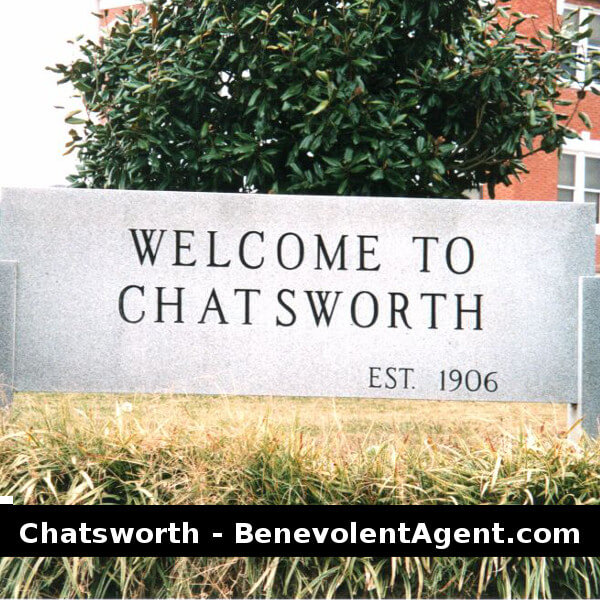