Named for one of the ranches given to the Mexican government by the Indians, Encino sits along the 101 Freeway and borders up to the edge of the Santa Monica Mountains, sandwiched between Tarzana and Sherman Oaks. The area is home to two major medical centers and primarily provides employment in the healthcare business. The area is overwhelmingly Caucasian in demographic, with almost 90% of the population classified as white.

Encino is home to the Los Encinos State Historic Park, which includes the original nine-room de la Ossa Adobe, a blacksmith shop, pond and a natural spring. The Sepulveda Dam Recreation area has a cricket complex with some of the best grass cricket pitches in the Unites States. Many famous stars have played there since the late 1800's. There are also two municipal golf courses, one short course and one of medium length, both with cart and club rental, classes, a lighted driving range, lounge, chipping and putting greens and a restaurant. There's an off-leash dog park also in the Sepulveda Basin, where your favorite pooch can roam free while you rest in the picnic area.

Encino has been the setting for popular songs and movies, including Encino Man and Frank Zappa's 1982 hit song, Valley Girl. A number of well-known films were shot in the area, including Fast Times at Ridgemont High and The Karate Kid. In addition to a spot in show business, Encino has a place in the sports world with a velodrome, and oval track which has been the site of outdoor bicycle racing since 1963. Encino was also notably the site of the Encino Oak Tree, a giant California live oak that died following an El Nino storm in 1998. Today a monument sits in its place at the corner of Ventura Blvd. and Louise Avenue. In keeping with the nature theme, L.A.'s largest Earth Day festival takes place at Woodley Park each year. 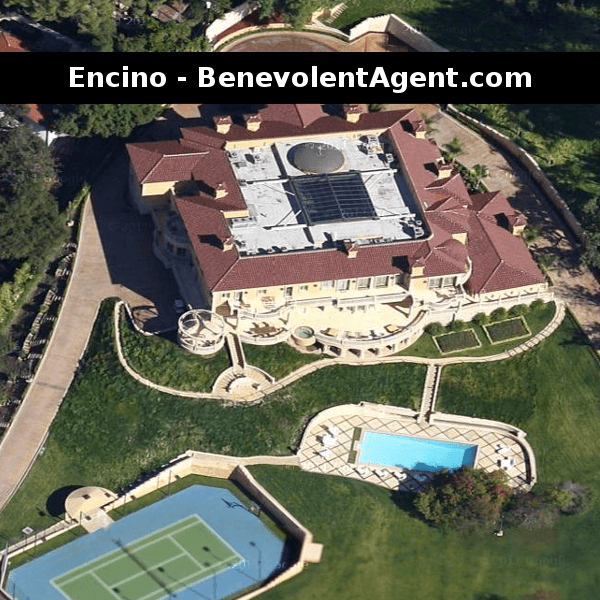