Reachable via the Ronald Reagan, San Diego and Golden State Freeways, Granada Hills is a City of Los Angeles district in the San Fernando Valley. It sits just north of North Hills and Northridge. It is the site where the Valley's first oil well was drilled back in 1916 and the town was first founded and known simply as "Granada" in 1927. "Hills" wasn't tacked on until about 15 years later. The area was primarily used as orchards and dairy farms, growing apricots, oranges, walnuts and beans. Peek in the neighbor's back yard and you might see reminders of the former citrus groves in the form of clusters of orange, lemon or grapefruit trees.

Granada Hills is home to the second largest park in Los Angeles which extends over 670-plus acres of land and contains a significant portion of undeveloped area. The highest point in Granada Hills is Mission Point, a popular destination for the cycling and hiking set. If you're lucky and head up on a clear day, you may catch a glimpse of the Pacific Ocean or a swath of Downtown Los Angeles. Keep an eye out for the wildlife too as there are deer, golden eagles, bobcats, mountain lions, raccoons and coyotes who all call the Mission Point area of Granada Hills home sweet home. If you prefer more organized activity, there's a recreation center called Petit Park, which has an auditorium, playground, sports facilities and picnic areas.

Granada Hills has made its mark a few times throughout history. The Granada Hills Little League won the World Championship in 1963. A terrifying shooting took place at the North Valley Jewish Community Center in 1999, where fortunately no one was killed. And in 1959, during his visit to California, Soviet leader Nikita Khrushchev, passed through the area to inspect housing developments and view the "American model home." Heading along a stretch of White Oak Avenue between San Fernando Mission and San Jose Street will put you on "Christmas Tree Lane," a line of 101 Deodar Cedar Trees. Native to the Himalayas, the trees are valued because of their size, beauty and timber. 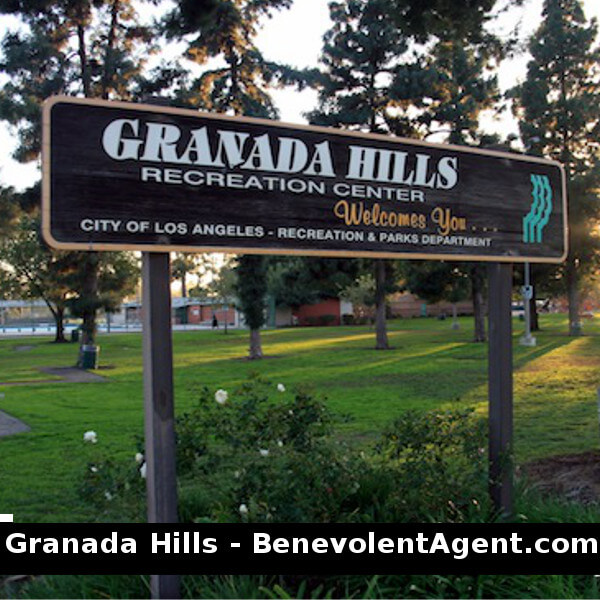