Northridge, a community in the San Fernando Valley, is perhaps most famous for the 1994 earthquake that rocked the area. The 45 second, 6.7 shaker caused extensive damage throughout the San Fernando Valley and across the City of Los Angeles, including 72 deaths, over 9,000 injuries and an estimated $20 billion in damage. Later studies showed that the quake's epicenter was actually in Northridge's neighbor, Reseda, but the name had already stuck. It was not the first earthquake to make its epicenter in the nearby area. The Sylmar earthquake in 1971 also caused severe damage to this community. Like other valley communities, Northridge did not originally go by the name it is called today. This 17-square mile community was originally founded in 1910 as Zelzah station, a depot town for the Southern Pacific Railroad. The building of the nearby Zelzah Grammar School encouraged residential development and numerous housing tracts sprouted up. The place became known as North Los Angeles in 1929 and finally received the name Northridge in 1938. The population is over half white, with Asian and Hispanic being the other major races present in the community.

Northridge is a mix of residential living, shopping, business and outdoor recreation. It has its own Hospital Medical Center and a large shopping mall, which was badly damaged during the earthquake but has since been renovated. For more physical pursuits, the Northridge Recreation Center offers up an indoor gymnasium/auditorium, barbeque pits, a lighted baseball diamond, lighted indoor and outdoor basketball courts, a children's play area, picnic tables, a lighted soccor field and lighted tennis courts. There is also a pool, which is outdoor and heated seasonally. Nearby Dearborn Park also has some similar facilities and at Vanalden Park, you can even find a horseshoe pit, should you crave a game of an old favorite. 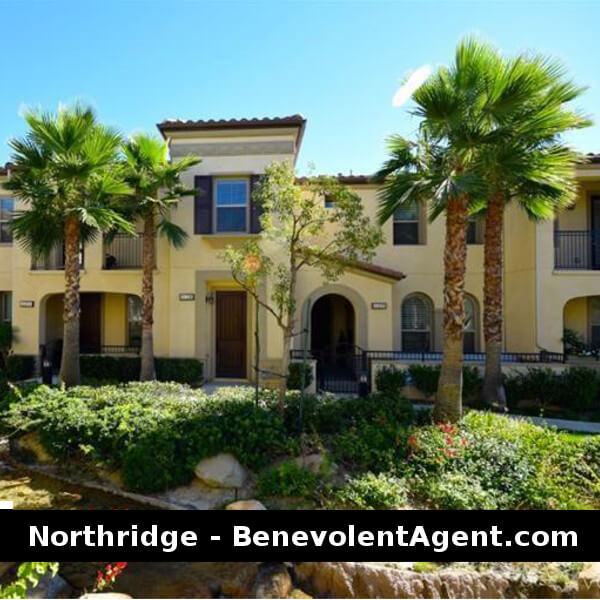