Located in the northwest portion of the San Fernando Valley, near Chatsworth and Northridge, Porter Ranch in an upscale neighborhood just south of the Santa Susana Mountains. The area was purchased in the late 19th century, by a man named Benjamin Porter. It had originally been part of the Rancho Ex-Mission San Fernando and for the first several decades of its existence, was primarily a collection of wheat fields. It eventually became home to the horse ranches of a number of celebrities and eventually, suburban development found its way to the remote community.

In cinema history, Porter Ranch is most notable as the location of the filming of large portions of the very famous film, E.T. the Extra-terrestrial, in 1982. A number of shots from the Steven Spielberg blockbuster featured views looking down on the Porter Ranch neighborhood that sits beneath the ridge in Palisades Park. E.T. Porter Ridge Park is the sight of the park scene at the end of the movie. Major development and construction did not occur in the area until just before that, in the 1970's. Nowadays, the neighborhood is mostly made up of gated communities full of upscale, single-family homes. Most of the residents commute to nearby cities such as Simi Valley and Downtown Los Angeles for work. There is also good public transportation access to the area via the Chatsworth and Northridge stations of the Metrolink commuter rail system.

The district has one of the higher median incomes in the San Fernando Valley and the population is over 60% White and over 30% Asian. The entrance to Porter Ranch was once marked by two horse and rider statues which flanked two corners on Devonshire. They remained through the 1960's and 70's but were finally removed to allow for greater residential development. Rumor has it that many years later, one of the statues was found in a local trash dumpster. 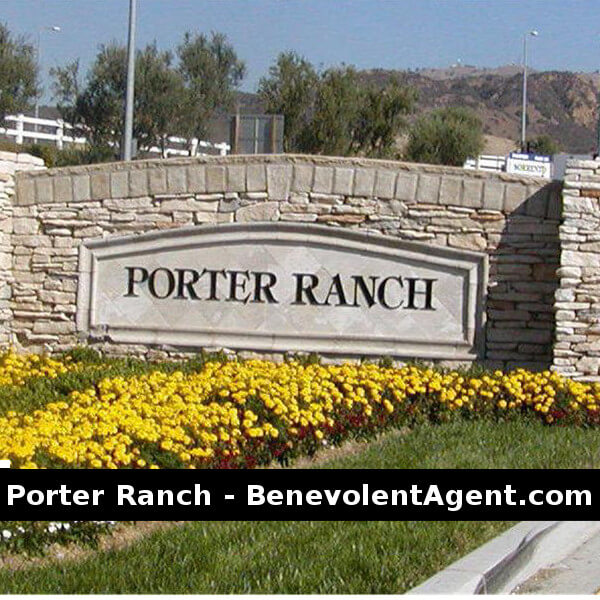