Surrounded by Reseda, Woodland Hills, Encino and the Santa Monica Mountains, the San Fernando Valley district makes its way along the major roads of Reseda Blvd, Tampa Avenue, Wilbur Avenue, and Burbank and Ventura Blvds. Most of the areas residents are in the foothills of the Santa Monica Mountains just south of Ventura Blvd. A unique rural area called Melody acres sits just north of the Ventura Freeway. Tarzana is home to two country clubs with golf courses in the Santa Monica Mountains. There are also a number of gated communities in this fairly well-to-do part of the Valley. Tarzana was another district that was once part of the San Fernando Mission, which was then followed by a time as a series of large cattle ranches once it became part of the United States, followed closely with a stint as a large-scale wheat farm operation in the 1870's. A purchase of the land by the Los Angeles Suburban Homes Company in 1909 turned the area into a more residential development, once called Runnymede. In 1915, Tarzan author Edgar Rice Burroughs, bought a large piece of land and built a home known as Tarzana Ranch. The townspeople later renamed the town Tarzana as a tribute to Burroughs and his legendary story.

The racial makeup of Tarzana is predominantly White (almost 80%), followed by Asian and African-American, with a median household income of around $73,000. Tarzana is home to a growing Iranian-American population and is well-known for have many Persian restaurants, bookstores and language centers. There is also a longstanding and well-established Jewish community in the area.

Tarzana, like many other districts, has its own recreation center with a gymnasium/auditorium and a park with barbeque pits, a lighted baseball diamond, lighted outdoor basketball and volleyball courts, a children's play area and picnic tables. 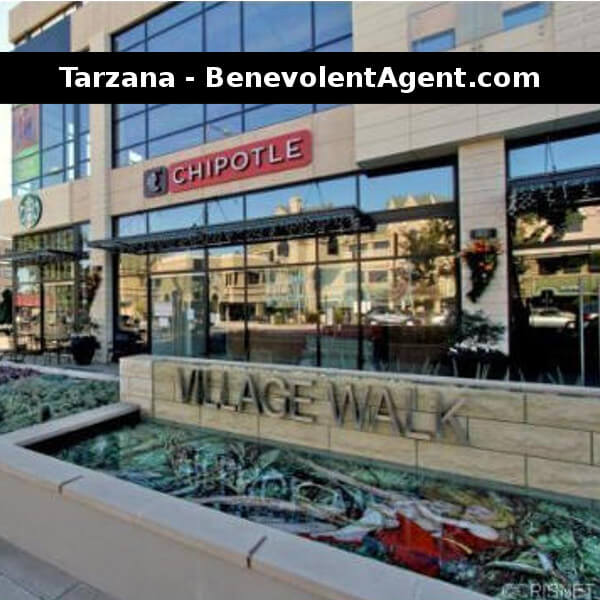