Falling right in the heart of the San Fernando Valley, Van Nuys was first developed as a town in the early 1900's. Though it was supposed to built on a well though out city plan, it is unfortunately prone to severe flooding during rainstorms. It is notable for it's "auto row," a long stretch of car dealerships dotted along Van Nuys Blvd, most likely brought about following the development of the General Motors Van Nuys Assembly Plant in 1945. It has a number of 1920's and 30's era homes, as well as a police station and a branch of the Los Angeles Public Library.

Van Nuys was a new town in the Valley around 1911 and is named after Isaac Van Nuys, a man of Dutch descent, who took part in a ranching venture known as the San Fernando Homestead Association. Though it was the presence of the large development conglomerate, the Los Angeles Suburban Home Association that created what was known as "The Town That Started Right." The city developed slowly throughout the early 1900's and was a solidly middle-class neighborhood until the late 1970's. Like much of the Valley, the median income has dropped since then. 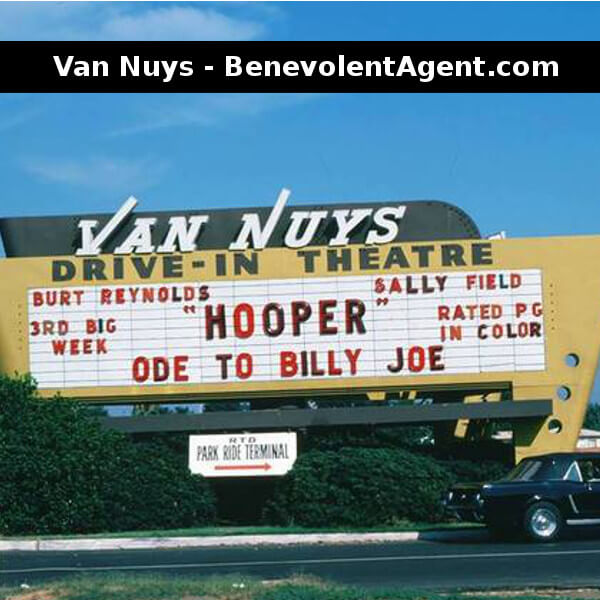