Encompassing postal codes 91307 and 91304, West Hills is a San Fernando Valley District and part of the City of Los Angeles. It's bordered by Chatsworth, Canoga Park, Woodland Hills and Hidden Hills. There are two major creeks in the West Hills, Bell and Dayton Creeks. They are part of the headwaters of the Los Angeles River and help contribute to the presence of indigenous wildlife in the area. In addition to the wildlife, West Hills was once the homeland of Tongva and Chumash Indian tribes, who lived close to Bell Creek. What is now known as Bell Canyon Park was once the popular meeting and trading area for the Native Americans and a nearby cave, the Cave of Munits is believed to be the home of a mythical Chumash shaman.

After the Spanish came to the area, West Hills became part of the nearby mission and then later, after the Mexican independence, part of the Ex-Mission. Once under American control, West Hills was originally part of what was once Owensmouth and is now known as Canoga Park. West Hills wasn't formed formally until 1987, when homeowners on the western side of Canoga Park filed a petition to form their own new community.

There are two historic ranches still in the area, Ocrutt Ranch Estate and Shadow Ranch, as well as the home of a silent film star. All three have been awarded Los Angeles Historic-Cultural Monument status, with the recognition and protection that comes along with it. Orcutt Ranch Estate was built in 19020 and is an adobe style residence. The park surrounding the ranch has the Orcutt Ranch Horticultural Center, which offers self-guided walking tours, scheduled home tours, community gardens and an annual public citrus harvest. The home and park are also available for weddings and events. Shadow Ranch and the surrounding lands which are now a park, were purchased in 1869 and boasts a plethora of eucalyptus trees that create the shade and shadows for which the ranch is named. 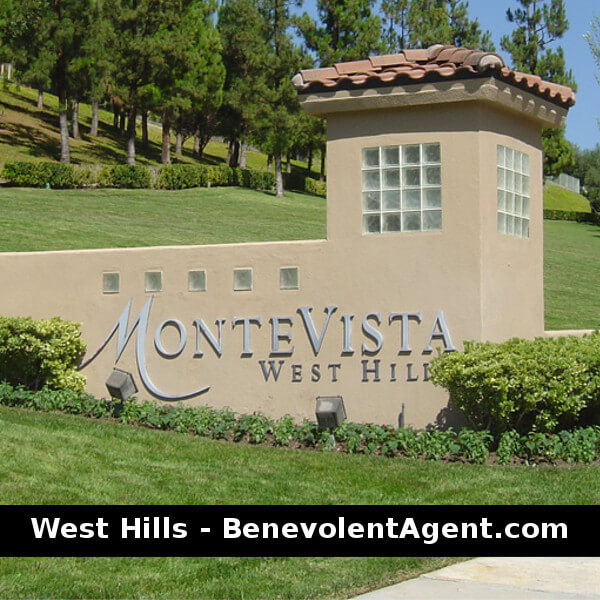