Winnetka is a San Fernando Valley district located in the west-central part of the Valley, next to Canoga Park, Woodland Hills, Chatworth and Reseda. It also falls between the Los Angeles River and the Southern Pacific Coast Line railroad. It's a town that was born around 1920, when a man named Charles Weeks made his way to the area at the request of the Los Angeles Chamber of Commerce to establish a number of small egg farms. He had originally developed his formula for raising eggs further north, in East Palo Alto, CA, and he applied that formula to this new area. The community grew up into a small farming establishment called Weeks Poultry Colony. Later, it was renamed Winnetka. Weeks had owned a farm by the same name in Winnetka, Illinois. The area remained rural and predominantly used for agricultural purposes until after World War II. Originally part of the Canoga Park district, Winnetka formally separated to form its own district in the 1980's.

The population of Winnetka is mostly a fairly even mix of Latino and Caucasian, with smaller groups of Asians and African-Americans rounding out most of the demographic. The median household income puts the neighborhood in the middle class and the school system falls under the Los Angeles Unified School District.

Winnetka has a few smaller park and recreation activities, including the Winnetka Recreation Center, Quimby Park, Runnymeade Park and the Winnetka Child Care Center. Most of the parks offer some sort of organized activity venues, from indoor gymnasiums to baseball diamond, tennis and basketball courts and children's play areas, though Quimby park does not have toilet facilities. The Child Care Center is operated by the city of Winnetka and takes children from ages 3-13, with a capacity for 59 after-school children and 40 preschool children. 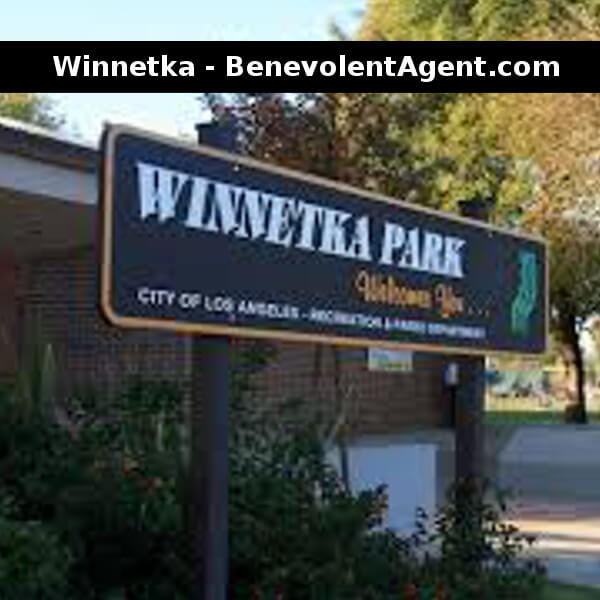