Originally named Girard, Woodland Hills is a San Fernando Valley district and located in the southwestern part of the region near West Hills, Canoga Park and Calabasas. Some of the neighborhoods in Woodland Hills trail up the side of the Santa Monica Mountains. Once inhabited for over 8,000 years by the Native Americans, the area became part of the Mission San Fernando Rey de Espana once the Spaniards came to stay. Following Mexican Independence, it became part of the Rancho Mission Ex-San Fernando and then finally was bought by the Americans in the 1860's. Because of the size of the area purchased in what was known as the biggest land transaction ever recorded in Los Angeles County, it would be almost 12 years before Woodland Hills would be developed, trailing behind earlier developments of Van Nuys and Canoga Park.

Woodland Hills is known for having some of the warmest weather in the entire San Fernando Valley, with temperatures often reaching well into the triple digits during the heat of summer. In contrast, it can often be the coolest place in the winter and is classified as having a Mediterranean climate. Speaking demographically, Woodland Hills is almost 80% White, with Asians making up another 7%, and African Americans garnering about 12%. The rest being a fairly even mix of Pacific Islanders, African Americans, and Native Americans.

Woodland Hills is a heavily suburban community with many interconnected neighborhoods. It sports a recreation center at Shoup Park, which is 19-acres in size and has a number of facilities, including an indoor gymnasium/auditorium, a lighted baseball diamond, outdoor lighted basketball and tennis courts, a lighted soccer field, a children's play area, a football field and an outdoor, seasonal swimming pool. Serrania Park is a local pocket park with a children's play area, picnic tables and hiking trails. If you want a little more adventure, you can head to the Upper Las Virgenes Canyon Open Space Preserve, a regional park along the western boundary of Woodland Hills, which has an extensive trail network for hiking, mountain biking and horseback rides. A trip to the top will reward you with a panoramic view of Woodland Hills and the surrounding areas. 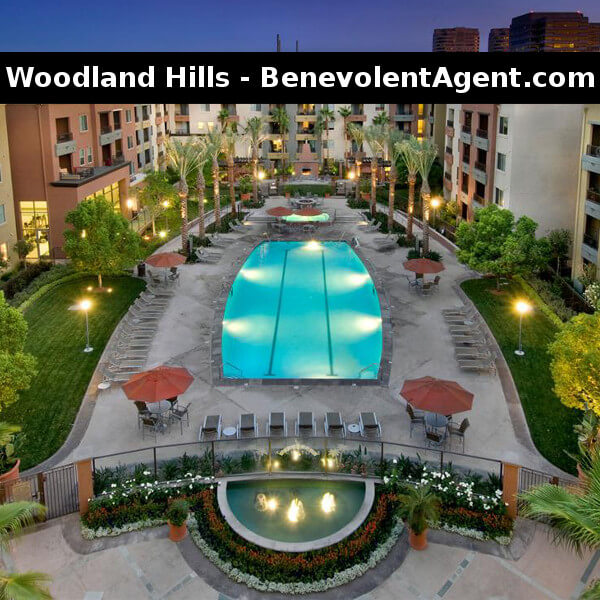